We are very pleased to inform you that Congress has passed manufactured housing reform legislation as part of a larger housing bill, HR 5640 represent the first major upgrade of the Manufactured Housing Act since its original enactment in 1974. Homeowner groups were essential in bringing public awareness to the need to improve manufactured housing construction and safety standards. Your first-hand accounts brought home – literally – the need for congress to strengthen consumer protections that had largely been left out of the original bill. AARP has been pleased to work with you on the issue of manufactured housing reform. For nearly a decade, AARP has urged policymakers to improve the standards and processes for manufactured housing including contributing to the work of the National Commission on Manufactured Housing. This Commission produced a report in 1994 that was intended as a blueprint for legislation.

As I mentioned in an earlier letter, this legislation offers a process through which homeowners interests can be protected, not a guarantee. Consumer advocates and homeowners must remain vigilant and be willing to participate in the decision-making process.

Note: Terry Nelson, president of MHOAI, will be a member of the consensus committee. 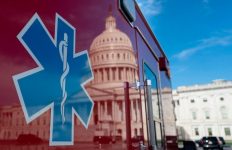