Julie Ray lives in a mobile home in Pearl River, Louisiana, with her two teenage daughters, Jerilynn and Jasmine. Her mother, Barbara, used to live there too, but she had a stroke before the pandemic hit and had to move to a nursing home. In May, she died there, from COVID-19.

Julie Ray lost her job at a local grocery store in March. Now she can’t pay her $700 a month rent and is in danger of eviction.

She was approved for state-sponsored rental assistance, but had trouble getting her landlord to fill out the paperwork, she said in a phone interview, so that never happened. Then, Ray, 42, got an eviction notice. She went to court and a federal moratorium on evictions—put in place by the Centers for Disease Control and Prevention on Sept. 4—saved her.

The CDC moratorium was slated to expire at the end of this month, but Congress agreed Sunday to extend it until Jan. 31. Even with that action, Ray will still face eviction—just a month later than she expected. Stateline’s calls and emails to her landlord, Red Oaks Mobile Home Park, have gone unanswered.

That leaves Ray scared and searching for work.

“I’ve put in applications and applications,” she said, “but it’s hard to find a job right now. The stress and depression are kicking in.” Meanwhile, the back rent is piling up, and the thought of being put out of her home haunts her.
Ray is just one of the estimated 30 million to 40 million renters who are in danger of eviction. Millions have been unable to pay their rent for months because of the pandemic. Job losses, illnesses, kids in virtual school who need to be supervised at the expense of work—the combination of these stressors has produced about $70 billion owed in back rent, according to the National Apartment Association, which represents landlords. This amounts to an average of about $6,000 per renter since March, said Greg Brown, the association’s senior vice president for government affairs, in a phone interview.

Thirty-five percent of the households behind on rent or mortgages believe they will be evicted or foreclosed on in the next two months, according to the Census Bureau.

With the new federal moratorium set to expire in just over a month, and some state moratoriums already lifted, the winter is shaping up to be a dire one for renters and homeowners. Many of them could end up on the street.
Brown of the apartment owners’ group argued that the moratorium “expects our industry to offer a free service. There’s only so long we can do this. Some landlords have been without rent since March,” he said, adding that the federal government has “taken a housing problem and put it in our laps to solve.”

The answer to the problem is not a rent moratorium, Brown suggested, but more rental assistance. He was pleased that the deal Congress agreed to over the weekend included $25 billion for rental assistance. But, he said, that sum does not cover even half of the estimated $70 billion that renters owe.

Some landlords and rental companies have qualified for loans under the federal Paycheck Protection Program, but Brown said they aren’t enough.

John Pollock, coordinator for the National Coalition for a Civil Right to Counsel, based in Baltimore, said states initially took many steps to protect tenants, but many of those actions have expired.

And money to provide attorneys for indigent clients in danger of losing their homes also is running out, he said, because the sources of revenue—court fines and fees and state budgets—are seeing declines in revenue as well. He suggested that despite the programs that do exist, some landlords are not going to be cooperative.

“A lot of tenants are going to need lawyers to tap into [rental relief] money,” he said. “And landlords may not accept the money. They may need more time. Some landlords are illegally evicting tenants all over the country, shutting off power, changing the locks. Landlords are so fed up that they are not going to care what Congress does.” 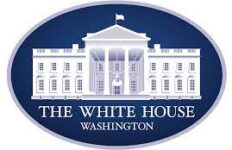