Terry Baker and other manufactured homeowners around the state say they’re worried about the rising cost of their lot rents after their communities were purchased by out-of-state investors.

Some unlikely advocates have emerged in the fight to lift a 1997 ban on rent control in Illinois – manufactured homeowners who are upset with the increasing cost of their lot rents.

Terry Baker, 70, moved into her tidy manufactured home in Urbana, Illinois, more than two decades ago when she was looking for a place of her own after a divorce. She liked that the community known as Wilson’s, on a cul-de-sac with mostly older residents, was quiet and well maintained. As someone living on a fixed income, the price also appealed to Baker. 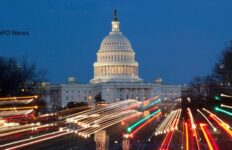 Importation of Drugs from Canada→