February 23, 2021
9:00 pm
Jessica Cook
TOP STORIES, TROUBLESHOOTERS
“Clean and quiet was the one thing I was looking for.”

That’s what a tenant said she found at Wandering Springs in West Peoria several years ago.

She spoke to Jessica Cook anonymously and said everything was fine until December when she received two letters.

“One said that the lot had been sold and there was no further information.”

The second letter is where the problem is for these residents.

Another renter, who also wished to conceal her identity, said she was shocked when she read the note.
“I thought, o God what am I going to do? I don’t have that kind of money.”

Tenants own their home, but rent the land it sits on.

“This is my life down here, my life savings. It’s sad. I don’t want to cry, but I’m about ready to because it breaks my heart that we have to go through this crap at our age. I thought this was going to be my home for the rest of my life. I can’t do it.”

These seniors wrote letters to the management team, but feel it was no use.

“…They’re not going to help in one way or the other.”

Section 6D of the Mobile Home Landlord and Tenants Rights Act stated in part…”The park owner shall give 90 days notice of any rent increase and no rent increase shall go into effect until 90 days after the notice.”

One of the letters these seniors received is dated December 16th and said in part, “New ownership is allowing tenants 30 days from the receipt of this package to be in compliance with the new lease.”

These women signed their new lease, but one signed under protest.

The lease goes against the act in another way too because the act stated a lease must include a rent projection of 3 years.

That is no where to be found in the tenants new lease.

Terry Nelson, President of the Manufactured Homeowners Association of Illinois said it’s important for renters to know the facts.

“The neglect to give a legal notice of the increase. The sleepless nights that this neighborhood is having that really bothers me…They may not know they have certain rights that the landlord abused,” said Nelson.

The letter tenants received acknowledged there will be some people who are frustrated.

Statewide Properties said it no longer has control over rates or rules of the park.
It continued to say the new owner, Scott Kramer, wants to bring in new homes and increase the aesthetic.

Jessica Cook asked the tenants she spoke with if they were looking for another place to go.

They said it costs at least $15,000 to move their home and that’s out of the question because of the pricetag.

They have filed complaints with the Attorney General’s Office.

Troubleshooters reached out to Statewide Properties and Kramer, but have not received a response. 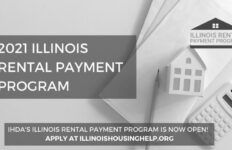 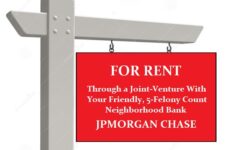