Sept. 11, 2019 | Didech
SPRINGFIELD, Ill. – A measure introduced by state Rep. Daniel Didech, D-Buffalo Grove, to limit the overwhelming delinquency penalties placed on mobile homeowners was recently signed into law by Gov. J.B. Pritzker.
“Before, it was possible for mobile homeowners to quickly wind up with penalties that were several times what they originally owed in delinquent taxes,” Didech said. “The people most affected by these penalties are often the people who can least afford it.”
Didech introduced House Bill 925, now Public Act 101-0454, which changes the way that Illinois assesses penalties on delinquent mobile home taxes so that the maximum penalty for late tax payments is $100 or 50% of the original tax bill in Lake and DuPage counties.
The legislation was the result of collaboration between Didech and Lake County Treasurer Holly Kim due to concerns that constituents who became delinquent on modest tax bills were facing penalties that were several times higher than the actual bill. Lake County is reported to have the second-highest number of mobile homes subject to the mobile homes tax in the state, so Didech hopes the legislation will help provide local families with much-needed relief.
“This new law fixes an unfair situation in our state that was placing a tremendous economic burden on working families,” Didech said. “I want to thank Gov. Pritzker, Treasurer Kim, and everyone else who joined me in taking action to help me address this inequity.” 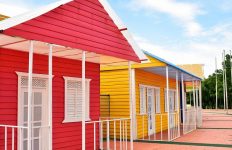 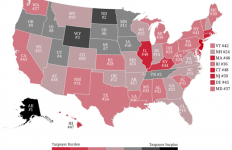