Low-cost housing: Beyond the picket fence

CHICAGO’S northern suburbs are among America’s most idyllic. None is grander than Lake Forest, where the average home costs over $1m. But the suburb, by definition unaffordable, is building something unusual: affordable housing. A new development in Lake Forest will include a few cheaper homes, as required by a new town ordinance.

The debate over low-cost housing has moved well beyond the inner city. America’s suburbs have changed. No longer the province of the affluent and the middle-class, they are home to an increasing share of new immigrants and poor (in 2005 the suburban poor outnumbered their urban counterparts). This new reality, combined with a growing distaste for ever-extending sprawl, long commutes, traffic jams and the pollution they bring, is driving efforts to build cheaper housing nearer to jobs in existing suburbs. The subprime mortgage mess has driven the trend, too.

However, regulatory barriers are getting in the way. Zoning policies in most of America tend to favour low-density districts with single-family houses. Developers face a host of further obstacles, from long approval periods to fees that raise money for parks, infrastructure and education. (Residents fear especially that dense projects overburden schools, though the Urban Land Institute, a think-tank based in Washington, DC, points to studies that dispute this.) Economists such as Harvard’s Edward Glaeser argue that restrictive land regulations have helped drive up house prices. Of course, that is something that makes home-owners happy.

Rules that limit building are still most common in the north-east and Midwest, according to a study published last year by the Brookings Institution, another Washington think-tank, though efforts to promote affordable housing have increased. One of the oldest and most controversial policies is in Massachusetts, where developers can override local zoning in towns where less than 10% of housing qualifies as affordable.

In greater Chicago there is a push to ease old rules to accommodate new demand. The share of Hispanics, who have a lower median income than the general population, is projected to grow from 17% in 2000 to 33% in 2030, mainly in the suburbs, according to a report by the regional mayors’ caucus and Chicago Metropolis 2020, a civic group. The share of elderly is also expected to rise, from 11% to 17%. Where they will live is unclear, but it is a fair bet that big new single-family homes will not suffice. Groups such as Metropolis 2020 and the Metropolitan Planning Council are driving a two-pronged effort. One goal is to prevent older houses from being torn down. The other is to allow a diverse stock of homes to be built near transport hubs and employment centres, such as the northern suburbs.

Highland Park, a suburb with an average home price of almost $800,000, has served as a model. Measures to boost cheaper housing include density bonuses for builders, an ordinance requiring more affordable housing to be built as part of any new development, a trust to assemble land for development and a state programme through which the town and employers help workers buy homes near their jobs. Some nearby suburbs have taken note. (In a region prone to snow, it is not good if teachers live an hour away.)

The state, meanwhile, is doing its bit. One Illinois law requires wealthy towns to create affordable housing plans; another measure proposes to reward school districts when dense, cheaper projects are built within their borders. A new agency is hard at work creating a regional plan for housing and transport in the Chicago area. Still, zoning is ultimately controlled by municipalities—and greater Chicago alone has 272 of them. Change will be easier in some than in others.

From the print edition: United States 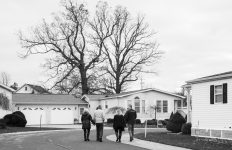 Affordable Housing Is Disappearing. These Mobile Home Residents Are Fighting to Protect Theirs→ 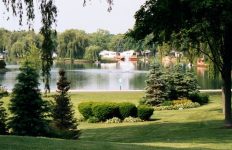 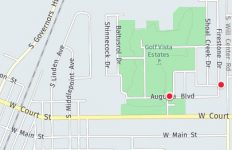 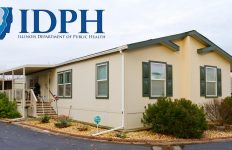